Return to What we do 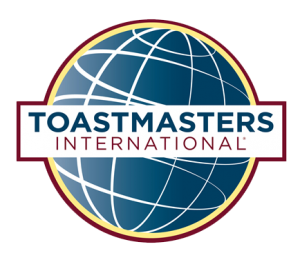 Toastmasters International (TI) is a nonprofit educational organization that operates clubs worldwide for the purpose of helping members improve their communication, public speaking and leadership skills. Through its thousands of member clubs, Toastmasters International offers a program of communication and leadership projects designed to help people learn the arts of speaking, listening, and thinking.

The organization grew out of a single club, Smedley Club Number 1, which would become the first Toastmasters club. It was founded by Ralph C. Smedley on October 22, 1924, at the YMCA in Santa Ana, California, United States. Toastmasters International was incorporated under California law on December 19, 1932. Throughout its history, Toastmasters has served over four million people, and today the organization serves over 332,000 members in 135 countries, through its over 15,400 member clubs.

For each project, the member prepares and delivers a speech in front of the club. Speakers are expected to keep their presentations within prescribed time limits. For most Competent Communication speeches, the limit is five to seven minutes. The Icebreaker (CC Manual, Project 1) is between 4-6 minutes. ….

Toastmasters also teaches leadership skills. This is motivated in part by the fact that Toastmasters International is staffed completely by volunteers (except for a staff of about 90 paid personnel at the World Headquarters). Even the board of directors is composed of volunteers, who still hold memberships in local clubs, and are not paid.

When a person joins a Toastmasters club, they are given a copy of the Competent Leadership manual, which contains ten projects which can be completed by serving in various meeting roles, as well as participating in and/or organizing club contests, membership campaigns, and PR campaigns in their club. This manual can be completed in as little as five to six months, although most members will take more time to complete its projects. Upon completion, a member can obtain his or her Competent Leader award (post-nominal CL). …

What we do About Toastmasters Leadership Skills Roles in a meeting

Want to meet us?

We offer Hybrid meetings - Online on Zoom ( A very good opportunity to come visit us from the comfort of your home even if you are not in Hamburg) and live at the Staatl. Handelsschule Berliner Tor b. d. Hauptfeuerwache 1, 20099 Hamburg.

Go to our MeetUp Group
and click on the link to Zoom meeting.

Check out our Meetup Group for upcoming events

Sign up for roles on our EasySpeak system on www.tmclub.eu

Other Toastemaster Clubs in Hamburg